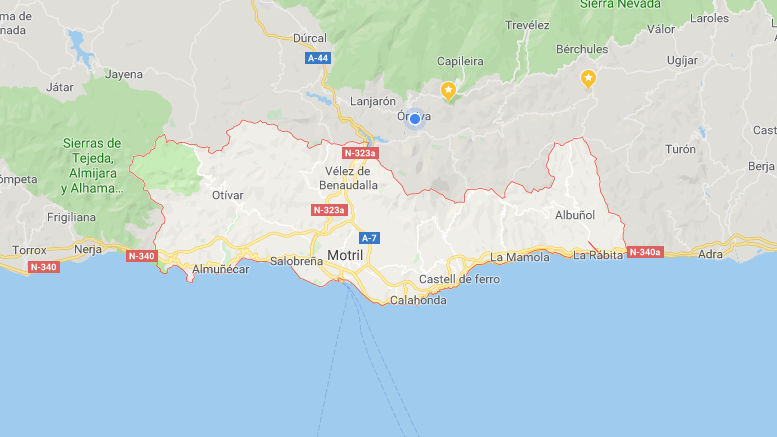 The Costa Tropical, situated between the Costa del Sol and the Almería Coast, is on an exceptional strip of land with unmatched conditions and attractions for an excellent holiday.

Its Mediterranean location and its proximity to northern Africa and the Sierra Nevada Mountains, with the highest peaks on the Iberian Peninsula, protect this coastline from cold winds from the north. A sub-tropical microclimate, with 320 sunny days a year and an average temperature of around 20º C, makes it possible to grow tropical fruits on the lush fertile plains.

Cliffs, coves and broad beaches make up the landscape of this coast, coveted and conquered by numerous settlers, including Phoenicians, Romans and Moors, who vied for it and left the imprint of their cultures.

There are five tourist centres on the Costa Tropical: Almuñécar (La Herradura), Salobreña, Motril, Castell de Ferro and La Rábita. All have good tourism infrastructures and are ideal for a number of sports, including windsurfing, surfing, scuba diving, fishing, sailing, water skiing, golf, tennis, squash, horse riding, etc. The Sierra Nevada Mountains, at an altitude of 3,400 m and just 40 km from the coast, are the perfect place for alpine skiing and mountaineering.

You will also find everything from marinas and places where you can take part in a multitude of water sports to spectacularly beautiful cliffs and secluded natural coves, as well as some outstanding beaches. 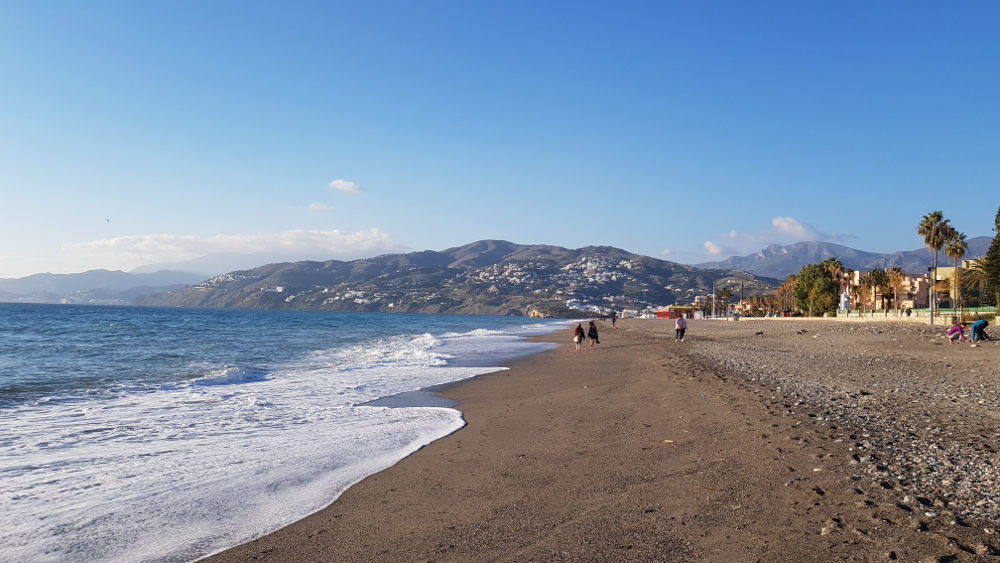 Sugar-cane remained key to the town's economy through the sixteenth century, returning to prominence in the nineteenth. In between, cotton became the dominant crop. The early-modern history of Salobreña is not well understood. In the nineteenth century, however, Salobreña was strategically important in the Spanish War of Independence, and also adopted new steam-technologies for sugar production pioneered in Cuba. The expansion of the town in the second half of the nineteenth century that was driven by a boom in sugar-cane production led to the demolition of the last remains of its medieval walls. By the 1970s, settlement was expanding from the outcrop on which the old town sits onto the alluvial plain below.

Today, the economy of the coastal plain around Salobreña is based on tourism and sugarcane agriculture, while the mountains are characterised by terraced agriculture with almond and, increasingly, sub-tropical fruit trees (with custard apples and avocado pears) being the first to be introduced. The last remaining cane sugar factory in Europe was located along the coast just west of the village of La Caleta de Salobreña. It closed in 2006. 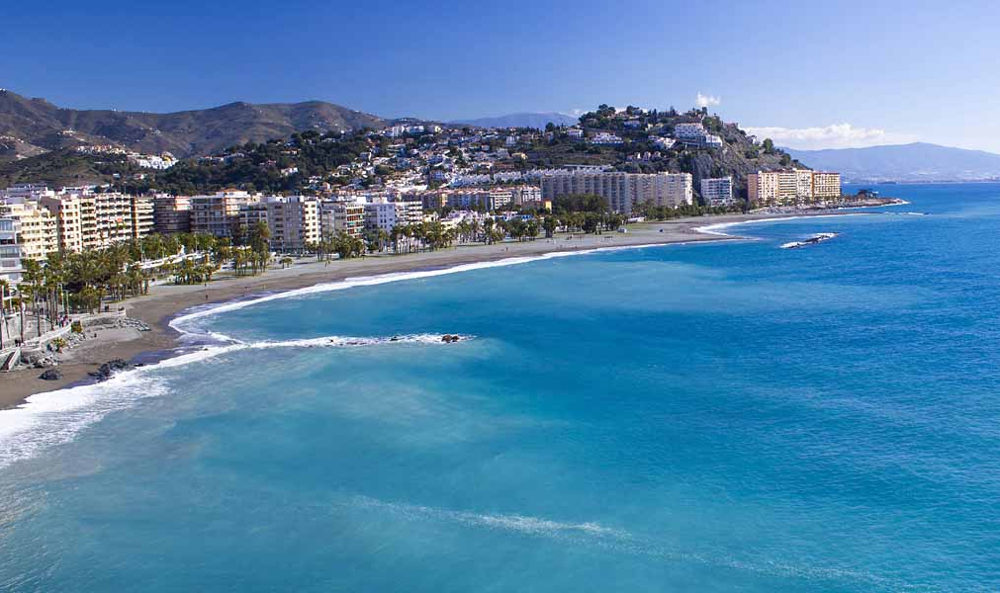 Almunecar on the Costa tropical is a town that sits upon a hill of two rivers, in the province of Granada. Besides rugged hills, magnificent beaches and lush olive groves, there are many medieval era structures to explore. Visit Almunecar’s Old City, Plaza de Constitucion, Moorish Castle, Castillo de San Miguel and other sun-kissed plazas. Visit the archaeological museum and Parque Majuelo, then tour the contrasting Carrera de la Concepcion, an attractive busy avenue. Beach lovers should spend the afternoon at Cotobro Beach and take a trip to Parque Botanico El Majuelo and Aqua Tropic Park. Almunecar has a long coastline, that accommodates 25 long sandy beaches, secluded coves and the town’s main beachfront. Water sports, traditional cuisine, historical sites, horse-riding, hiking; whatever you choose to do, Almunecar will make you fall in love with Spain all over again! 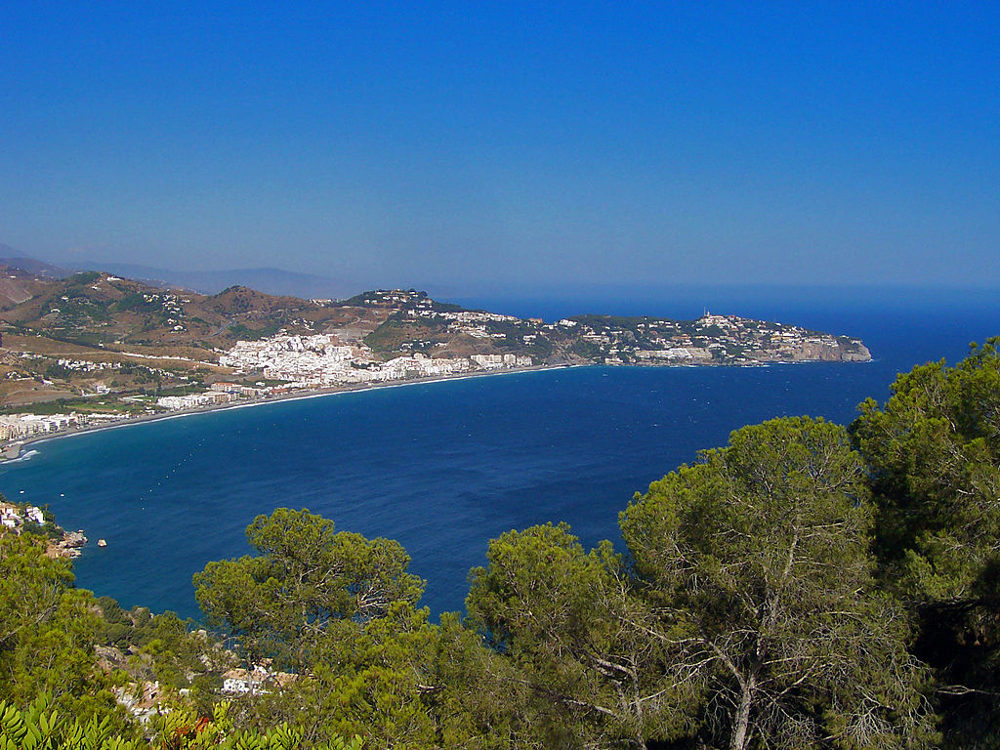 La Herradura (The Horseshoe) on the Costa Tropical is a delightful small town with a pebbly beach - no high rise here ! A bustling little place with all amenities- reached after a one hour drive ,east from malaga Airport on a new motorway.Spectacular backdrop of mountains cradling the resort. A family friendly place. Mainly Spanish very few tourists. Practice your Spanish in the market and beach restaurants.

This is an all year round destination - winter sun and warm sunny springs and autumns. Avocados and bananas grown in the surrounding fields - because of the tropical micro climate. Lively in the height of the summer months .Within easy reach of the large town of Almunecar. One hour drive to Granada and the Alhambra Palace( on the new A44 motorway) .One and a half hour drive to the ski resort of Sierra Nevada.